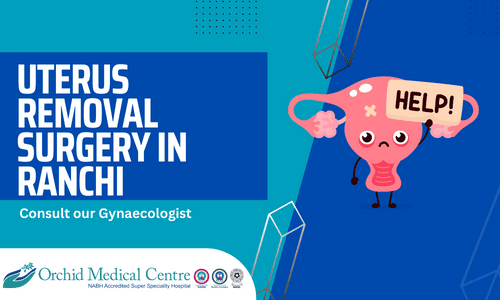 Surgery to remove the uterus (womb) is called a hysterectomy. You won’t menstruate (have periods) or be able to become pregnant after a hysterectomy. A common procedure for different disorders affecting a woman’s reproductive organs is uterus removal.

What is a hysterectomy?

The uterus is removed during a hysterectomy, along with the ovaries and fallopian tubes sometimes. Your choice of hysterectomy will be based on your medical condition.

Hysterectomies are of several types.  Your health doctor will go over the drawbacks, advantages, and possible side effects of each operation. It’s crucial to find out whether your doctor recommends removing your fallopian tubes and ovaries during your hysterectomy. Types of hysterectomy include:

How long is the hysterectomy procedure?

It might take one to four hours to perform a hysterectomy. The kind of surgery you undergo and how it is done will determine how long it takes.

Reasons for a hysterectomy

Your doctor may suggest a hysterectomy for a variety of reasons such as:

Through an incision (cut) in your belly, a surgeon conducts an abdominal, or open, hysterectomy. Typically, the belly incision is low and horizontal, right above the pubic bone. If your uterus is very big, a surgeon could occasionally make a longer vertical incision.

What to expect with an abdominal hysterectomy:

Hysterectomy procedures can frequently be carried out with less invasive methods. Instead of one major incision, a laparoscopic hysterectomy is performed through numerous tiny abdominal incisions.

Through one incision, a surgeon inserts a laparoscope, a small, flexible tube with a video camera. The surgeon can see your pelvic organs on a video monitor due to the laparoscope. Your uterus may be removed whole or in pieces by using tiny surgical tools.

Another kind of less invasive uterine removal is a robotic hysterectomy. Through tiny abdominal incisions, your surgeon removes your uterus with the help of a robotic arm.

What to expect with a Robotic or laparoscopic hysterectomy:

The least invasive method of removing the uterus is a hysteroscopic (vaginal) hysterectomy. There are no visible scars since the uterus is removed through a surgical incision at the top of the vagina.

You may be a candidate for a hysteroscopic hysterectomy depending on a number of circumstances, such as:

What to expect with a Robotic or laparoscopic hysterectomy:

Side Effects and Risks of Hysterectomy

A hysterectomy often has high success rates and is safe. However, following are some possible risks and adverse effects of the procedure:

Your level of recovery following a hysterectomy will vary depending on the treatment. You should anticipate a four to six-week recovery period following an abdominal hysterectomy. Three to four weeks are needed for recovery following a robotic, laparoscopic, or minimally invasive hysterectomy. Avoid intense exertion and heavy lifting at this time. When you can resume daily activities including employment, exercise, and sexual activity will be determined by your doctor.

Your general health, your preferences about fertility and your capacity to carry a pregnancy or parent biologically, as well as other factors, may all influence the procedure or procedures that you and your gynaecologist may ultimately choose. If you want to get your uterus removed, you can consult one of the best gynaecologists in Ranchi, Jharkhand at Orchid Medical Centre.